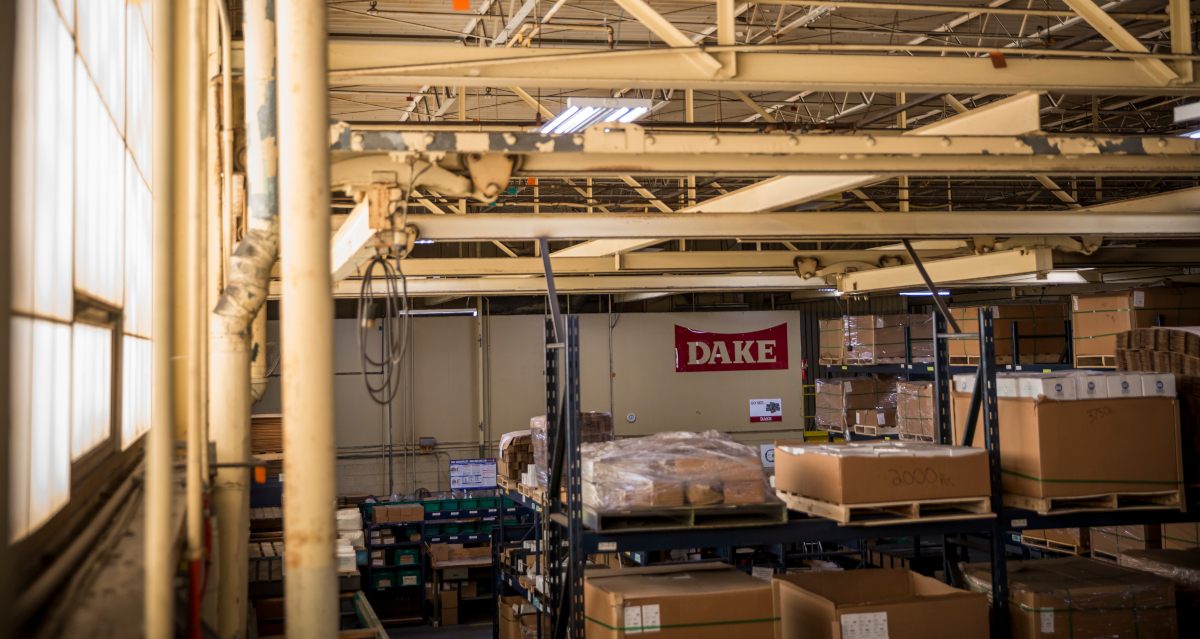 What better way to start a new year than by reviewing the last 135 years? Let’s take a look back at the history behind Dake and see how the company at its core stayed the same, but also evolved into producing new product lines stemming from its roots. For the complete article refer to our “About us” tab, for a little yesterday and tomorrow.

On January 7, 1887 the Dake Engine Company was founded by a group of 10 local businessmen. A new invention, the double reciprocating, square piston steam engine recently patented by William F. Dake had caught the interest of the principals of the lumber firm of Wyman and Cairns. It was the lumbering industry that brought prosperity to the region and by 1887 the forests were largely depleted to rebuild Chicago after the fire of 1871.

World War II gave Dake the surge of orders it needed to stay afloat and soon the company was operating at full steam again. New 50 and 100 hp air and steam engines were developed for the war effort. Dake manufactured more than 10,000 steam engines, steering gears, windlasses, and capstans for the new Liberty cargo ships. In 1945, after the war had ended, Dake purchased a line of arbor presses and 2 hand-operated hydraulic presses from the Atlas Press Company of Kalamazoo, MI.

By the mid 1950's the small line of presses had expanded to 170 models. A move to a new factory in 1957 gave Dake the room and capacity to expand into larger custom engineered hydraulic presses. Soon, Dake was shipping 250-to-600-ton presses all over the world for a wide variety of manufacturing applications such as straightening props in shipyards, compression molding jet engine components, die tryout, steel rule die cutting floppy disks, and straightening steel bars and plates.

A PIONEER THEN AND A LEADER TODAY

Dake was a pioneer on the web and participated in early test sites on the internet. This paved the way for a whole new generation to learn about Dake machine tools. By partnering with top metalworking talent, Dake presses, and saws were regularly featured on popular television shows such as Overhaul’n, Orange County Choppers, The Great Biker Build-Off, Gearz, X-treme 4x4, Muscle Car, and Horse Power. These partnerships helped push Dake to be seen as a trusted leader in the metalworking industry.

Starting our next 135 years Dake has teamed up with Laguna Tools, allowing Dake to grow and add many new metal working machines to our product offering. For a little bit “yesterday” and “tomorrow” 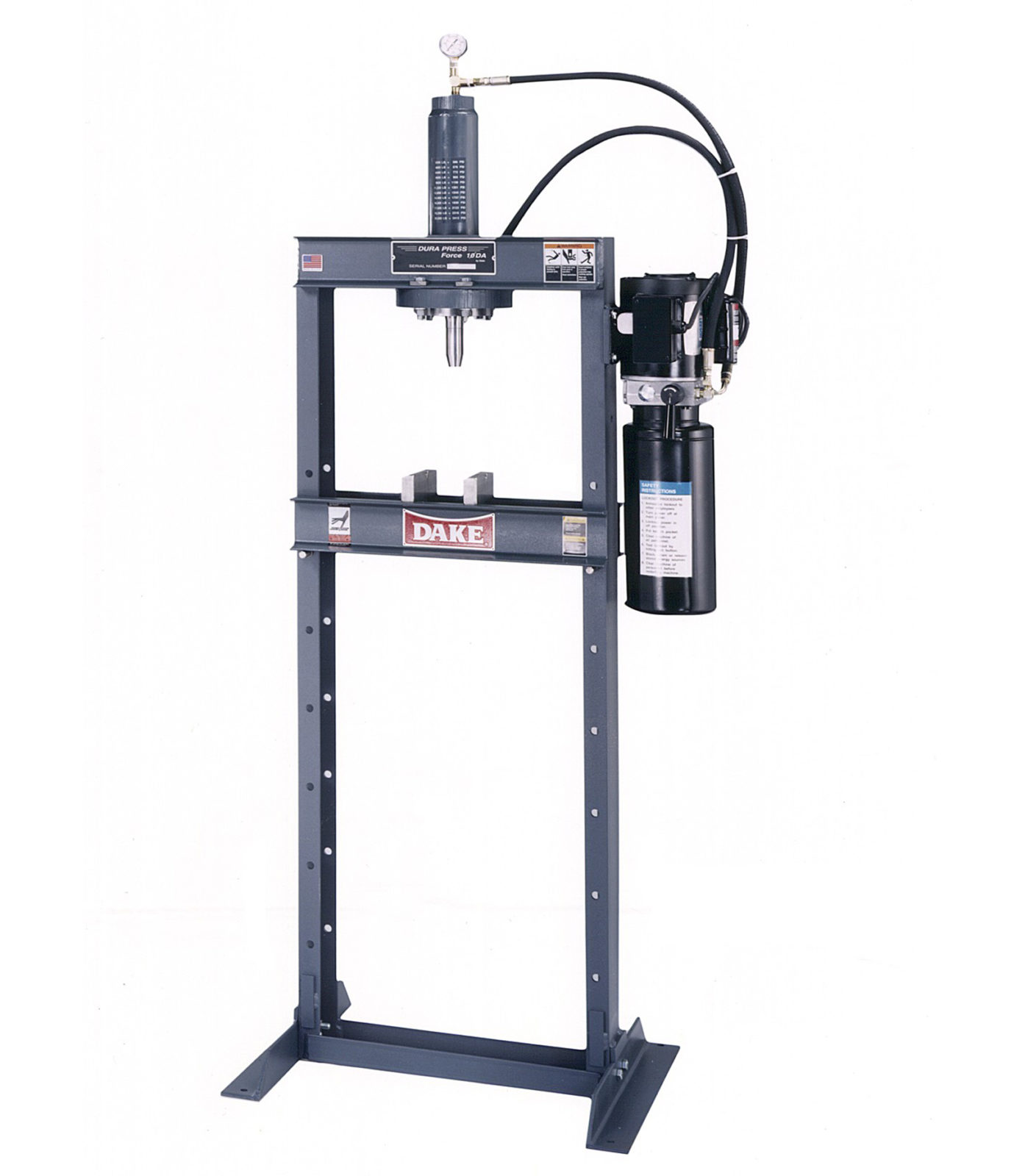 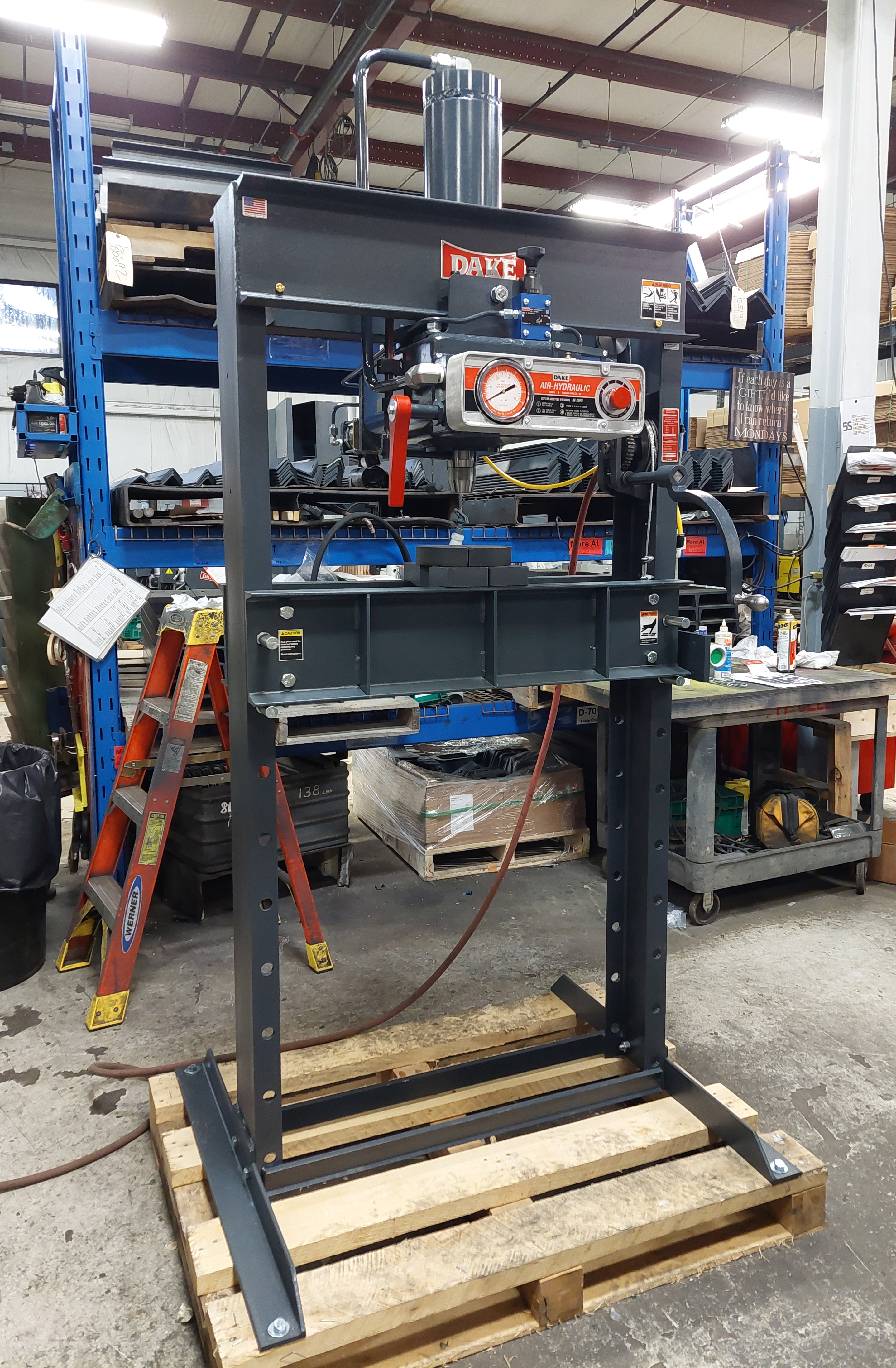