Drill Presses with Variable Speed vs. Belt Drive. More for Your Money. 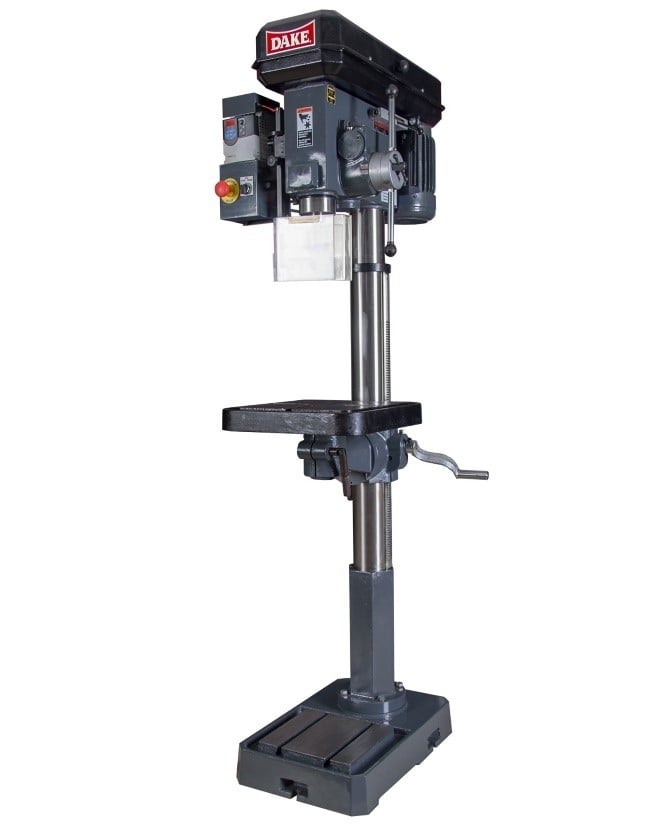 Modern machine shops are often populated by expensive CNC machine tools that can produce parts at a rate that would have been considered astounding just a few decades ago. Today, multi-axis equipment can mill, turn, drill, and tap without any interaction from an operator.

Have these machine tools taken the place of all those manual pieces of equipment that were the mainstay in a typical shop fifty years ago? Hardly! Drill presses, saws, milling machines, and engine lathes are no less important in 2020 than they were back in the day.

Automated machinery cannot (and likely never will) carry out efficiently all of the required machining operations, especially on smaller quantities. But that doesn’t mean the shops that have not yet added automated machinery must sacrifice productivity.

Just look at the drill press. Practically every metalworking (and many woodworking) shops have some sort of drill press on the shop floor. And what home workshop would be complete without one?

And while there are several things to think about when purchasing a drill press, there is one thing that some buyers often don’t consider:

Drill presses, sometimes called drilling machines, have one primary function: to add holes to a piece of metal or wood. On the metalworking side, you could add tapping, reaming, counterboring, and countersinking to the list of operations it can perform.

Some people claim to have placed an end mill in the drill chuck and used the drill press as a substitute for a milling machine, although it begs the question: How safe is that? Drill presses are not designed to handle the sideways load of milling, and moving material through the end mill by hand is risky at best. Stick with the downward loads of drilling and save your fingers!

With drill presses, you typically choose floor or bench models (see below). Floor models are free-standing, while the bench types are either set on or fastened to a workbench. 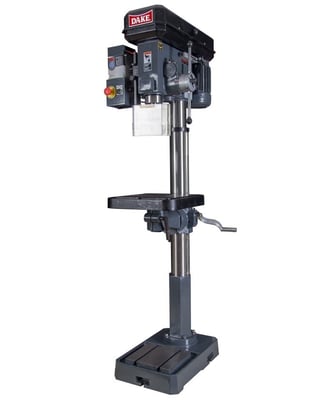 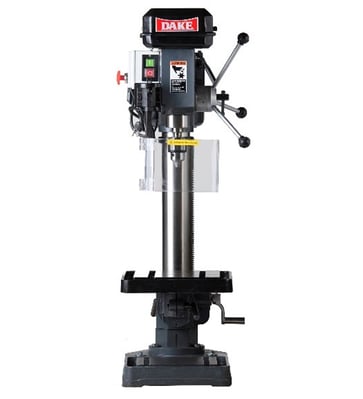 Most drill presses have the step pulley drive systems. They consist of two pulleys with four or five different positions, or steps, to achieve the different speeds. 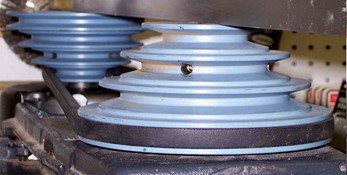 Step pulley drill presses are popular because they cost less and are easier to maintain. And if you can stick to one speed, as in the old factories where workers drilled the same size hole on an assembly line, they will work adequately. But anyone who has to change drill speeds frequently, as they do in today’s job shops, will find them frustrating and time-consuming.

Step pulleys operate in pairs, so when the operator changes the belt on one pulley, they must also change the corresponding pulley on the other side. Adjusting the speed involves turning off the motor, opening the belt cover, unlocking and removing the tension from the movable pulley, and moving the belt to a different step.

The variable speed drive systems are a bit more complicated, and there are different mechanisms for changing the speeds. Most variable speed drill presses will have a dial that increases and decreases the RPMs without the operator having to change the position of the belt on the pulleys. The operator turns the dial, and the speeds change while the drill press is running.

The belt used with the variable-speed pulley has a V-shaped cross-section that matches the angular faces of the movable pulley flanges. As the flanges open or close, the belt is forced either up or down in the pulley. This action produces a larger or smaller working pitch diameter, which will increase or decrease the RPMs of the shaft on which the pulley is mounted.

The case for variable-speed drill presses

Machinists prefer the variable speed drill presses when they work with different metals and various tooling that require lots of speed changing.

With the step-pulley model, the operator would have to go through the cumbersome process of changing the pulley position each time speed or use speeds that are too fast or slow and risk damaging the tooling.

The Dake line of industrial-strength drill presses are available in both bench and floor models with a variable speed option. Our Model SB-250V advances to a preset depth and returns automatically. A forward and reverse selector allows for tapping operations, while a locking handle hub ensures depth repeatability.

These drill presses are designed for your operators, which means they are manufactured with productivity and quality in mind. 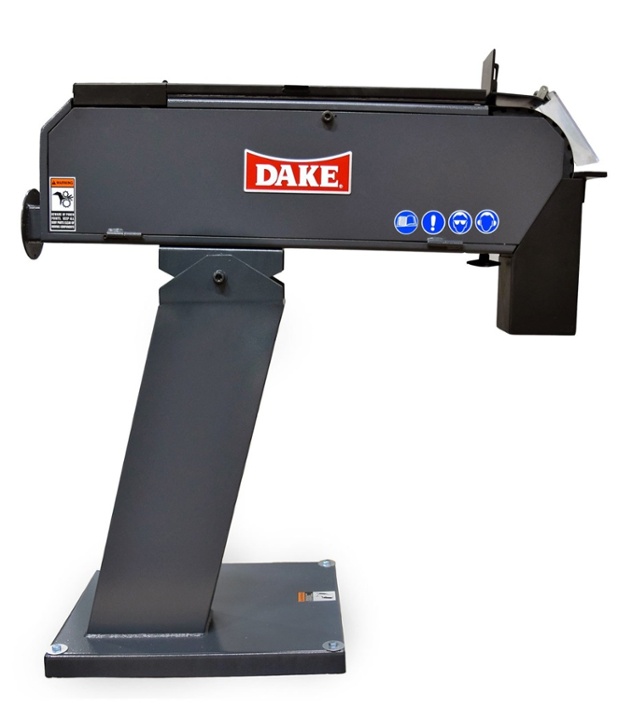 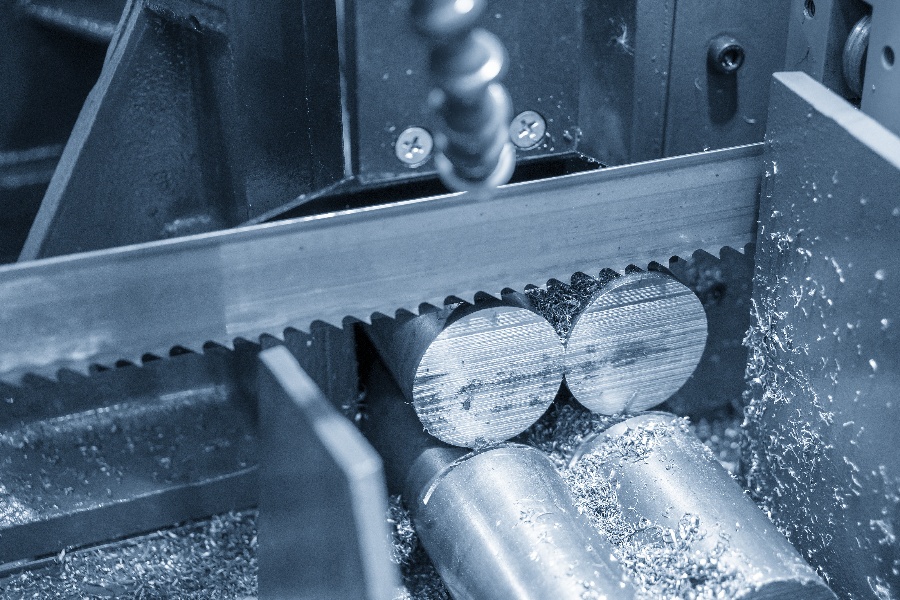 How to Break-In a New Bandsaw Blade

You Know When You Have the Right Belt Grinder
10 Advantages of Using a Hydraulic Press
Tips to Keep in Mind for Long Cold Saw Life
Drill Presses with Variable Speed vs. Belt Drive. More for Your Money.
5 Best Practices to Optimize Your Belt Grinder